The Olympics Are Coming To Los Angeles--At Some Point 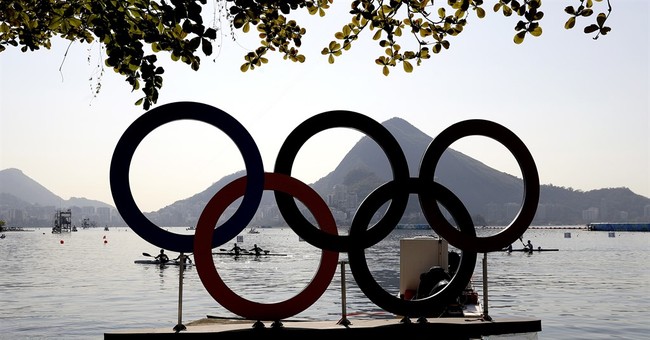 First, the good news: The International Olympic Committee announced on Tuesday that it's all-but-certain that the Summer Olympics will be returning to Los Angeles. Los Angeles hosted the 1984 Summer Olympics, which were boycotted by 14 Eastern Bloc countries, as well as Libya and Iran, and the 1932 Summer Olympics.

And now the bad news: It's not quite sure when this will happen, as the IOC said that it was still deliberating whether to award the 2024 or 2028 games to Los Angeles. Paris, the other city announced as a future Olympic host, will get whichever year is not given to Los Angeles. Both Paris and Los Angeles have said that they would rather host the 2024 games, and both cities were finalists in the bidding process for the 2024 games.

The IOC will announce which city will host which Olympiad in September.

The United States previously submitted bids to host the 2012 and 2016 games, losing out to London and Rio de Janeiro, respectively. The NYC 2012 bid was eliminated in the second round of voting, whereas the Chicago 2016 bid made it to the finals, eventually coming in fourth.

After the Athens games in 2004, which saw the country fall into massive debt as unused stadiums from the games essentially rot, cities have been slow to bid for games due to fears of financial ruin. Boston, the United State's original bid city for the 2024 games, withdrew from the process after the city refused to sign a contract, citing tax concerns. Rome, Budapest, and Hamburg also pulled their bids for 2024.

The Los Angeles bid focused on ways to host the games for a relatively low cost by utilizing existing stadiums and infrastructure, making the city an appealing choice.