More Than 100 People Shot In Chicago Over Holiday Weekend; 15 Killed 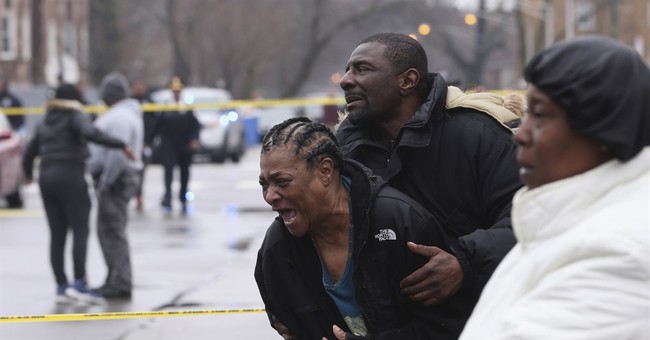 More than 100 people were shot over the holiday weekend in Chicago, with nearly half of those occurring on Tuesday evening going into Wednesday morning. Fifteen people were killed in what was one of the deadliest holiday weekends in recent memory. Those injured in various shootings ranged in age from 13 to 60.

The last time the Fourth of July was effectively a four-day weekend, in 2013, 74 people were shot in Chicago. Of those, 12 were killed.

The vast majority of the shootings occurred on Chicago's South and West sides. The Harrison District on the West Side, which hadn't seen a shooting since the end of May, saw 14 people shot over the weekend.

The weekend had been relatively calm by early Tuesday afternoon when police Superintendent Eddie Johnson announced the arrests of 58 people on drug and gun charges  "to keep residents and visitors safe in every neighborhood."

But within hours, violence erupted in nearly every police district south of North Avenue, according to data kept by the Tribune.  At least 42 people were shot between 3:30 p.m. Tuesday and 3:30 a.m. Wednesday.

Only two of those 41 were shot north of Chicago Avenue. The two men, 19 and 56, were wounded around 8:15 p.m. in the 1600 block of North Major Avenue, the same block where an 8-year-old girl was shot last summer. The older man was pronounced dead overnight at Loyola University Medical Center.

Sunday and Monday nights had both been calm, by summer standards, with 17 people shot over the two days, according to Tribune data. The weekend began with 19 people shot on Friday night and 23 on Saturday. (Chicago Tribune)

Although more than 1,800 people have been shot so far this year in the Windy City, this is actually an improvement on last year's numbers. At this point in 2016, more than 2,000 people had been shot in Chicago.

While this level of violence is always heartbreaking, for it to happen on America's birthday somehow makes things even worse. Chicago is a bastion of gun control laws and policies, and these sadly appear to not be working very well at all.