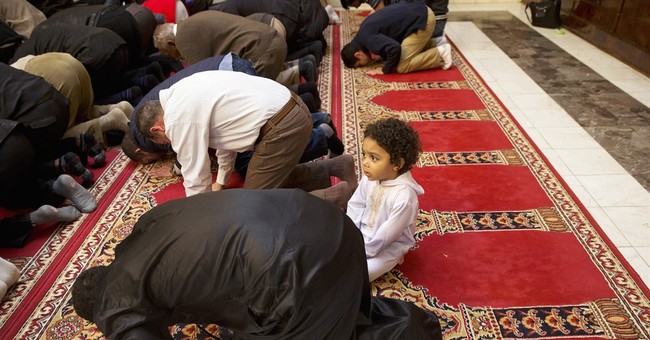 An imam at a mosque in Falls Church, Virginia is under fire after he suggested that female genital mutilation (FGM) is an "honorable thing to do" in order to prevent women from having multiple sexual partners or being "hyper-sexual." Imam Shaker Elsayed made the comments last month in a video that appeared on the Dar al-Hijrah Islamic Center's YouTube page, and the horrific remarks went viral last week after they were discovered and publicized by the group Middle East Media Research Institute.

Elsayed said that people should seek out a Muslim gynecologist who is experienced in cutting only “the tip of the sexually sensitive part of the girl [clitoris] so that she is not hypersexually active.” Further, Elsayed said that in areas that have banned female circumcision, even in Muslim areas, women are "hypersexual" and have multiple sexual partners.

In response to this utterly disturbing rhetoric, the board of directors of Elsayed's mosque has condemned both his statement and the practice of FGM. Dar Al-Hijrah said that it was "offensive" and disturbing that Elsayed used the term "hyper-sexuality." Elsayed also issued a retraction and an apology.

“We at Dar Al-Hijrah, DO NOT condone, promote, or support any practice of FGM,” the board said in a statement. “The reference to “Hyper-sexuality” is offensive and it is unequivocally rejected. The Board of Directors is particularly disturbed by such comments.”

The statement also included a retraction from Elsayed, who said he “referred the audience to their OBGYN to inform them why it is illegal and harmful,” and that he regretted his comments on “hypersexuality.”

“I admit that I should have avoided it. I hereby take it back. And I do apologize to all those who are offended by it,” he said.

In April, three people were arrested for performing FGM procedures on young girls. They plan to claim a religious freedom defense.

FGM is an indefensible act with no medical benefits. It's not the "honorable thing to do," ever.