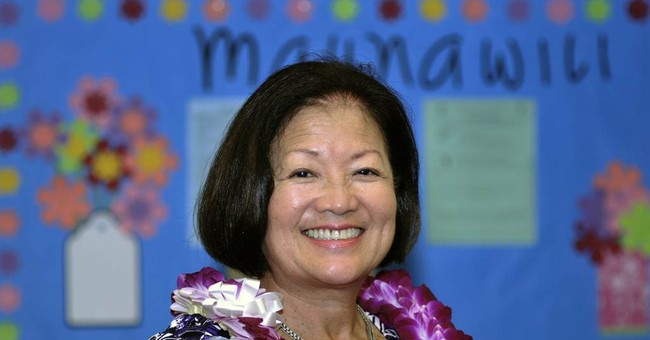 Sen. Mazie Hirono (D-HI) has been diagnosed with kidney cancer and will soon undergo surgery to treat the disease. In a release published on Tuesday, Hirono said that the cancer was discovered during an x-ray in April and was confirmed after follow-up tests. Hirono said that the cancer is present in her kidney and on one of her ribs. She will undergo surgery in DC to remove her kidney, and will have an outpatient procedure to remove the cancer from her rib.

She is expected to make a full recovery, and hopes to return to the Senate soon.

I face this fight with the same determination I’ve fought for the people of Hawaii. And I never quit, especially when things get tough. pic.twitter.com/qXlmJnrnOa

Hirono has represented Hawaii in the Senate since 2013.

Our best wishes for a speedy and complete recovery.