Oh, Good: Jon Ossoff Finally Put A Ring On It 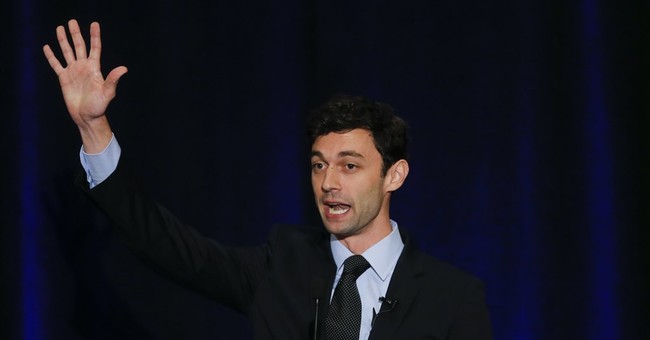 A few weeks ago in the lead-up to the special election in Georgia, a CNN host made things a teeny bit awkward when she asked Democrat Jon Ossoff when he was going to marry Alisha, his girlfriend of 12(!) years.

Well, fret not: Ossoff has finally put a ring on it and proposed to his girlfriend on Friday night. His campaign confirmed the engagement.

The 6th District candidate popped the question to his longtime girlfriend Alisha Kramer on Friday night. His supporters showered her with congratulatory wishes at a campaign stop on Saturday morning.

She and Ossoff had been dating for 12 years, and she’s played a prominent role in his campaign. She’s a third-year medical student at Emory University, and Ossoff cites her need to be close to school when he’s pressed about why he doesn’t live in the suburban Atlanta district.

Ossoff's opponent, Republican Karen Handel, wished him and his fiancée well in a written statement.

Congratulations to the future Mr. and Mrs. Ossoff https://t.co/5s1h3vqzvN

It's nice to see political opposites coming together in a most happy occasion.

Congratulations to the future Ossoffs!