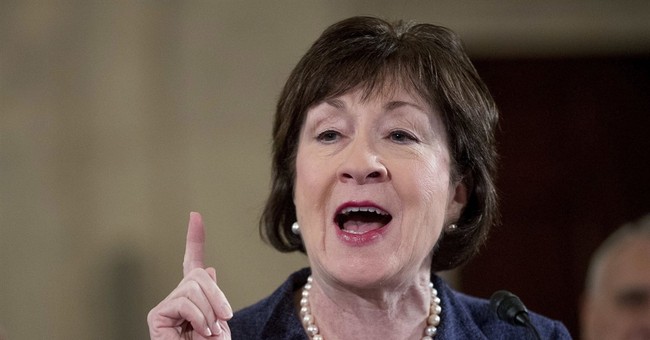 For the fourth year in a row, Sen. Susan Collins (R-ME) has been named the "least partisan" member of the Senate by the Lugar Center and Georgetown University’s McCourt School of Public Policy. The ranking is determined by how often a senator sponsors or co-sponsors a bill with members of the opposite party. Collins has topped the rankings each year since 2013.

In a statement published on her website, Collins said that she feels a "special obligation" to cross the aisle and work for a bipartisan solution to issues facing the nation.

“In today’s highly charged partisan atmosphere, it is more difficult than ever to find common ground,” said Senator Collins. “Given how divided our country has become, I feel a special obligation to try to find a path forward on the many contentious issues that we are facing. I am pleased that my work to bring people together and develop bipartisan solutions is reflected in this Bipartisan Index, and I appreciate the work the Lugar Center is doing to encourage bipartisan cooperation and civility in Congress."

Collins was reelected in 2014 by over 30 points. She has represented Maine in the Senate for 20 years. She may run for governor in 2018, but has not yet decided.