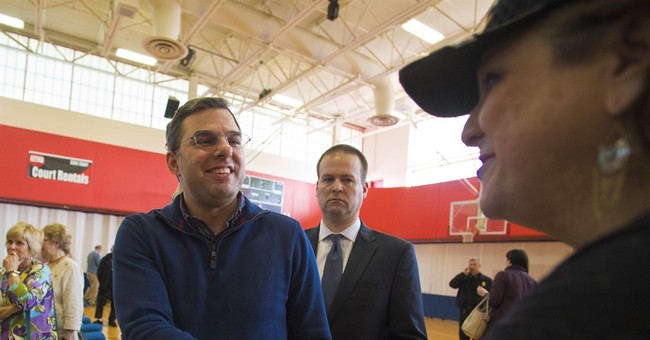 It's the end of an era in Congress: Rep. Justin Amash's (R-MI) consecutive vote streak, which he's held since he was sworn in back in 2011, is over at 4,289 votes. Amash inadvertently skipped a roll call vote while he was speaking with reporters about his opposition to the American Health Care Act. Amash was so upset at breaking his streak that he (reportedly) shed a few tears on the floor.

Amash was speaking with reporters about the replacement bill in the speakers lobby when he suddenly asked what vote they were on. One reporter told him she believed it was the second amendment in the vote series.

Amash immediately sprinted into the chamber and tried to put his card in the voting slot to cast his yea or nay, but the vote had closed.

Amash approached floor staff and leadership to see if they could either re-open the vote or call it again. Staff said there was no precedent for doing so. Amash hung his head low and was overcome with emotion, those on the floor told POLITICO.

Rep. Steve Womack (R-AR) now has the longest voting streak in the House of Representatives, with 4,294 votes in a row. Amash and Womack were sworn in on the same day.

Rep. Amash is the founder of the Liberty Caucus and often goes to his personal Facebook page to explain his votes on bills.

One has to admire Amash's dedication to his job and his desire to represent his constituents. One (barely) missed vote in six years is something to be proud of.

I was taking to Amash when this happened. (Sorry Justin!!) I saw all of it. He didn't "break down in tears." But enjoy your clicks, politico https://t.co/VmZTrzrI6j