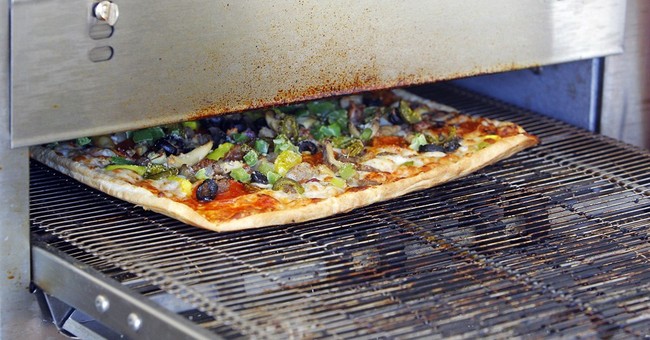 Some weird news out of Europe on Monday: Iceland's President Guðni Jóhannesson said that he's "fundamentally opposed" to pineapple on pizza, and if he could ban the practice, he would. His comment caused quite a ruckus on Twitter, with people weighing in on both sides of the "debate."

If you think pineapple on pizza is a good idea, you are on the wrong side of history. Iceland's president is not. https://t.co/KLJ53Ky6Ku

he has my vote https://t.co/J6QuitfvfW

Iceland's President has said he would ban pineapple on pizza. The type of guy that should be leading us here in the UK

Jóhannesson clarified his comments on Facebook, saying that while he likes pineapples when they're not on pizza, he doesn't actually have the power to ban people from putting them on pizza. He also doesn't think that any president should have that power. Jóhannesson said that he recommends that people put seafood* on pizza.

So now we know: Many people have very, very strong feelings about whether fruit should be on pizza. (Personally, I don't care. Give me all the buffalo chicken, however.)

*WHAT?! How is that better than pineapple?!

Guy Benson
BLM's List of Demands Has Renewed Attention — With Trump Being Their Number One Priority
Julio Rosas
Harris Pinpoints One Root Cause of Border Surge. Ted Cruz Shuts It Down.
Leah Barkoukis
CARTOONS | AF Branco
View Cartoon
Most Popular