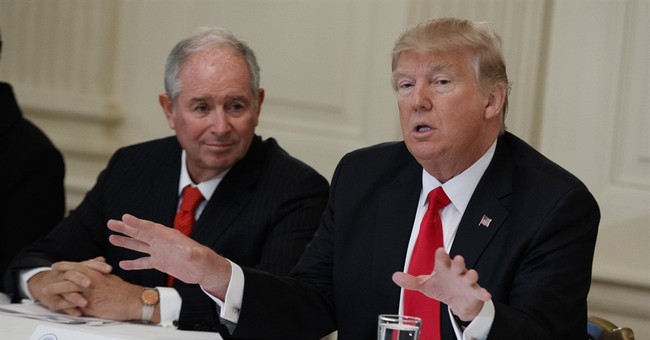 A new PPP poll shows that a full 40 percent of voters would approve of impeaching President Donald Trump. This number is up five percent from last week's survey. Less than half of those polled are against the idea of impeaching Trump.

40% of voters already support impeaching Donald Trump, up from 35% a week ago. Only 48% opposed to impeachment: https://t.co/gTWpW3JmTK

Additionally, just over half of voters say that they want Barack Obama as president again. Opposition to Trump is rooted mostly in his various executive orders--namely the "Muslim ban."

Less than 2 weeks into Donald Trump's tenure as President, 40% of voters already want to impeach him. That's up from 35% of voters who wanted to impeach him a week ago. Only 48% of voters say that they would be opposed to Trump's impeachment.

Beyond a significant percentage of voters already thinking that Trump should be removed from office, it hasn't taken long for voters to miss the good old days of Barack Obama...52% say they'd rather Obama was President, to only 43% who are glad Trump is.

We are less than two weeks into his presidency. For heaven's sake people, relax.