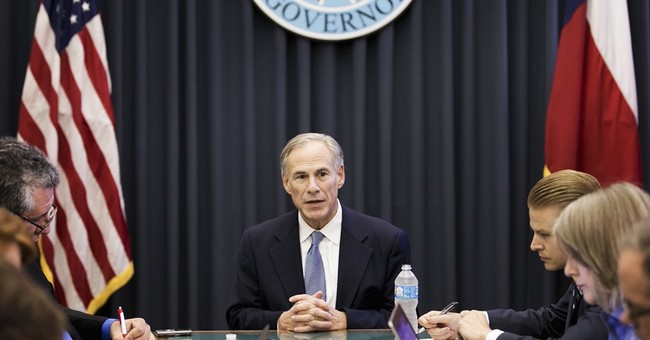 Texas Gov. Greg Abbott declared on Twitter late on Tuesday evening that there are to be no more "sanctuary cities" in Texas. Abbott was speaking in response to Travis County Sheriff Sally Hernandez, who announced that she will no longer comply with ICE detainers on illegal immigrants. This refusal could cost the county over a million dollars in grant money.

Travis County stands to lose about $1.8 million in state grants because of a soon-to-be-announced policy of new Sheriff Sally Hernandez under which she is expected to stop detaining inmates for federal immigration checks.

Under a longstanding agreement, agents from U.S. Immigration and Customs Enforcement have placed “immigration holds” or “detainers” on Travis County inmates — no matter the seriousness of the crime for which they are arrested — when they want to further investigate their status.

But County Budget Director Travis Gatlin notified other elected officials in a memo obtained by the American-Statesman and KVUE-TV on Tuesday that, according to Hernandez, the county will no longer be complying with a state rule that the county honor such federal requests in order to receive some grant money.

Abbott was, to put it gently, rather direct in his response:

And I'm about to up the ante. No more sanctuary cities in Texas. #txlege https://t.co/YIyYdBkL1x

It's good to know that at least one governor is intent on enforcing American immigration law.