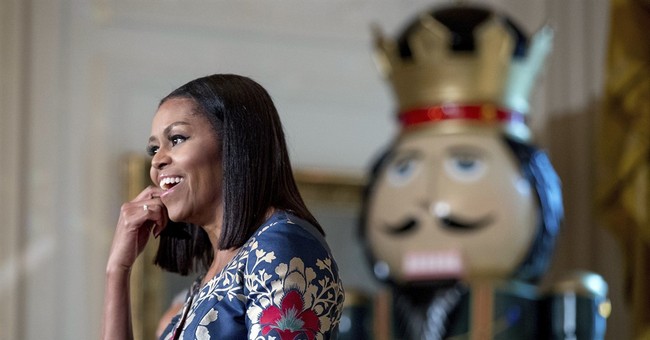 Michelle Obama will not be following in the footsteps of the last Democratic first lady and does not plan on running for office. Any office. Ever. No way. Not doing it.

In an interview with Oprah, the talk show host asked Mrs. Obama if she had any plans about seeking public office. While she admitted that she's been asked in the past about it, she has no plans to do so and would not want to put her family through another eight years of being in the spotlight. Mrs. Obama explained that when a person is related to the president, their life effectively comes to a halt--and while she's certainly not complaining about it, it's not something that she wants to do again.

While Michelle can do whatever she pleases, it's kind of telling that there's a sudden surge asking her to run for office. Similar to the pleading for Joe Biden to launch a 2020 run, it's indicative that the Democratic Party's bench is very, very thin. There was a lot riding on the Hillary basket, and now that's gone. But good on Michelle for refusing to start the Obama political dynasty.