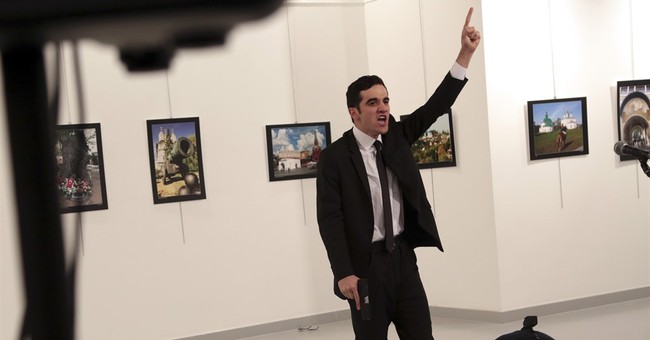 Earlier today, Russia's ambassador to Turkey, Andrey Karlov, was assassinated by a member of his security detail who shouted "We'll make you pay for Aleppo." prior to firing his gun. The assassin was an off-duty police officer, and was "neutralized" almost immediately.

The Daily Mail, however, had an unorthodox take on the whole matter: just look at the suit the assassin was wearing!

Russian ambassador shot by a smartly dressed man in a suit and tie https://t.co/29ieLQ7RKd pic.twitter.com/kGlLG7aHHQ

Shockingly, people weren't too pleased with this descriptor of a man who just brutally murdered someone.

@MailOnline this isn't the golden globes

@MailOnline Because when I see someone assassinated I want to ask the assailant, "Who are you wearing???!"