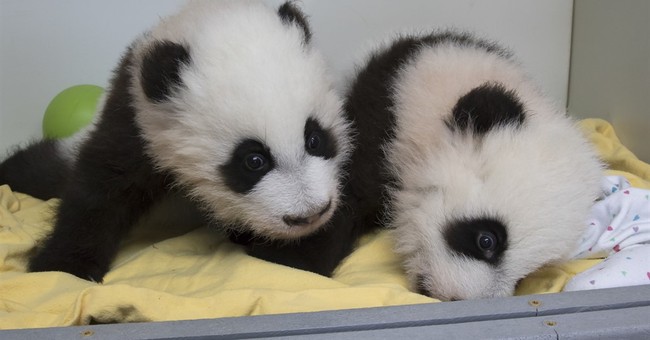 While 2016 has been nearly-universally acknowledged as a dumpster fire of a year, not everything that has happened so far has been bad. Case in point: the giant panda is no longer listed as an endangered species. Now, after the population has risen by 17 percent since 2014, it's considered to be a "vulnerable" species.

The International Union for Conservation of Nature (IUCN) announced the positive change to the giant panda’s official status in the Red List of Threatened Species, pointing to the 17% rise in the population in the decade up to 2014, when a nationwide census found 1,864 giant pandas in the wild in China.

“For over 50 years, the giant panda has been the globe’s most beloved conservation icon as well as the symbol of WWF. Knowing that the panda is now a step further from extinction is an exciting moment for everyone committed to conserving the world’s wildlife and their habitats,” said Marco Lambertini, WWF Director General.

This year was one of the most successful years in panda-breeding history, and double the normal number of cubs were born in China.

Now, to brighten up your afternoon, here's a bunch of pictures of adorable pandas:

Me:
After a mistake ! pic.twitter.com/5ts5nsGVSQ

As local temperatures drop, panda cubs at the research center in southwest China's Chengdu were seen cuddling and napping together pic.twitter.com/VKs2Gh6iIc

when u realize it's only 2 weeks til christmas pic.twitter.com/a3t5od7BRE