John Glenn Passes Away At 95 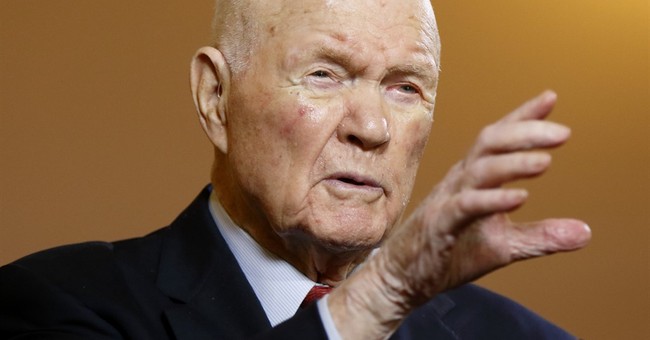 Former astronaut and U.S. Sen. John Glenn (D-OH) has passed away following a brief hospitalization. He was 95.

BREAKING: John Glenn, 1st US astronaut to orbit Earth who later spent 24 years representing Ohio in the Senate, has died at 95.

Glenn became the first American to orbit earth on Feb. 20, 1962. In 1998, at the age of 77, he became the oldest person to fly on the Space Shuttle, working as a payload specialist. He spent a total of nine days, two hours, and 39 minutes in space during his Space Shuttle mission.

Following his first spaceflight, Glenn, a Democrat, represented Ohio in the Senate from December of 1974 until 1999.