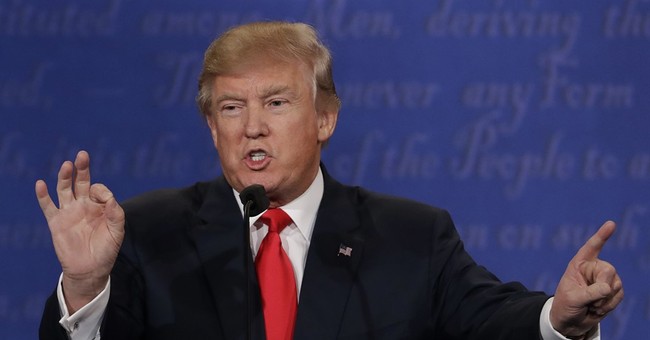 Unless Jill Stein's recount effort defies all logic and somehow manages to reverse the results of the presidential election, Donald Trump will become the 45th president of the United States on January 20th. With this, he'll gain many interesting perks that come along with being the leader of a country: Air Force One, the White House, and the ability to send out a mass text to the entire country.

Apparently, those alerts that pop up from time to time on cell phones can be triggered for a variety of reasons: A missing child (an AMBER Alert), severe weather warnings, and evidently, an announcement from the president. While a person can block AMBER Alerts and weather warnings from their phone, presidential alerts cannot be disabled. This fact has some people alarmed.

Congress demanded that carriers make presidential alerts unblockable. So now you'll be getting the 3 am phone call.https://t.co/XPHaL9NHNq

While it's true that technically Trump could mass text America whenever he wants, there are failsafes that exist to ensure that Americans aren't subjected to late-night ramblings of a president. Namely, the alert has to go through at least two people before it's blasted to everyone's phone.

All WEAs must be issued through FEMA’s Integrated Public Alert & Warning System, meaning that an emergency alert from the president still has at least one layer to pass through before being issued. While FEMA is under control of the executive branch (the head of FEMA is selected by the president, and reports to the Department of Homeland Security), the agency would have a vested interest in not seeing their alert system bent toward, uh, non-emergency ends.

So there's basically no chance of this actually happening, but that hasn't stopped people from freaking out over essentially nothing.

every propagandist in history practically climbing out of their graves for this power.https://t.co/zONe3XnylB

Trump will be able to mass-text all Americans and maybe we should all ditch our phones https://t.co/XxU8QtFBft

"I just tweeted! View it at @realDonaldTrump!" pic.twitter.com/LWaFwN7i78

Everyone needs chill out.