South Park Had To Re-Write Wednesday's Episode Because Trump Won 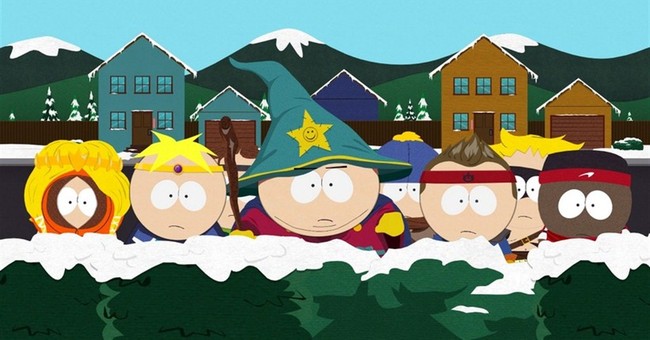 Political pollsters weren't the only ones taken aback by Donald Trump's victory on Tuesday: the writers of South Park were as well.

South Park is famous for having a very tight production schedule that allows it to produce extremely timely commentary on current events. It's part of what makes the show as unique and funny as it is. However, this tight schedule does come with risks: Trump's win meant that writers had to completely re-write the episode that aired this past Wednesday to reflect the real-life events of night before.

The original episode had focused on Bill Clinton being the "First Gentleman" and visiting South Park Elementary School. The episode that aired was titled "Oh, Jeez" and instead had a plot about Mr. Garrison (the Donald Trump figure of this season) winning the election along with his running mate, Caitlyn Jenner.

In 2008, South Park dabbled with election commentary in an episode back in 2008 that centered on Barack Obama plotting to steal the election, but the plot was flexible enough that it would work regardless of who won the election. That wasn't this case this year, and it appears that the writers never seriously considered that Trump could win.