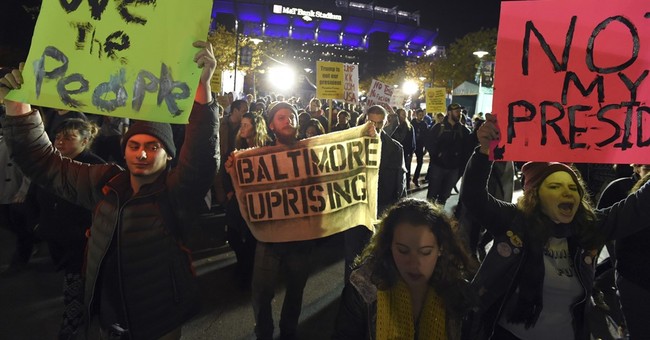 Donald Trump was declared the winner of the presidential election on November 9th, or 11/9. Some people are taking that and making the absurd declaration that the date is now the "new" 9/11 in terms of American disasters.

11/9 and 9/11, both are the biggest disaster in American's history #RIPAmerica #USElection2016 #ElectionNight #trumpwins

Haven't felt this gutted since I watched the Twin Towers fall.

Public service announcement: Don't do this.

The September 11, 2001 attacks were an attack on the nation by people who hated the United States, our way of life, and Western Civilization as a whole. They were acts of evil and ended the lives of nearly 3,000 people whose only crime was existing in the U.S. The election on Tuesday was decided by people voting for what they thought was best for America. I'm willing to bet that the vast majority of people who voted on Tuesday did not vote for the candidate of their choice because they hate the United States and everything it stands for. They did not cast their vote to destroy  the country and "hate" is not their motivating factor. It is completely disrespectful to the victims of the September 11 attacks to compare a fair and democratic election--albeit one with a result many people did not predict--to their deaths. An election is not a disaster.