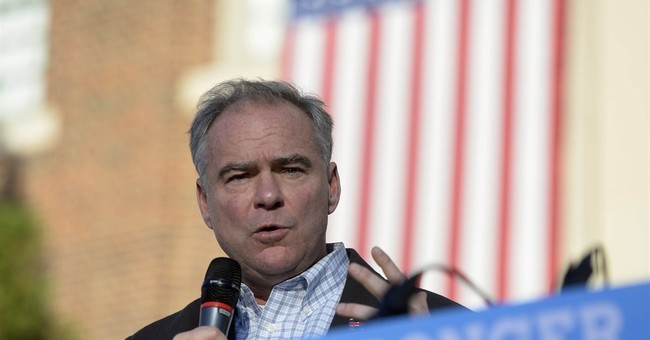 Archbishop of Kansas City Joseph F. Naumann didn't hold back in his criticism of Democratic running mate Tim Kaine in a recent column, calling him a "cafeteria Catholic" who decides which parts of his faith are "politically convenient" for a Democrat to hold in public. Archbishop Naumann's column, published in the The Leaven, the official newspaper for the Archdiocese of Kansas City, tore in to Kaine for his public testimony in support of abortion rights during the vice presidential debate on October 4.

Archbishop Naumann said it was "painful" for him to hear Kaine praise abortion rights immediately after speaking about the importance of his Catholic faith. Naumann called him an orthodox Democrat, rather than an orthodox, faithful member of the Catholic Church.

Unfortunately, the vice-presidential debate revealed that the Catholic running for the second highest office in our land is an orthodox member of his party, fulling embracing his party’s platform, but a cafeteria Catholic, picking and choosing the teachings of the Catholic Church that are politically convenient.