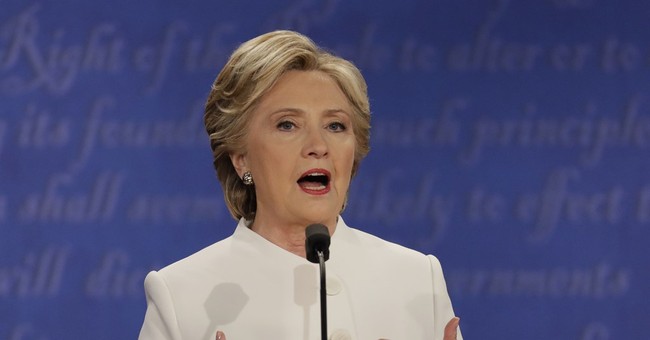 During Wednesday's debate, Democratic nominee Hillary Clinton made a rather curious claim about the District of Columbia v. Heller Supreme Court case: D.C. was merely trying to "protect toddlers," and the Supreme Court didn't accept the "reasonable regulation."

Just one small issue: that's not at all what Heller was concerned with. Prior to the Heller decision, the District of Columbia's restrictions on handguns weren't what anyone would call "reasonable." The Firearms Control Regulations Act of 1975 was a complete and total ban on the private ownership of handguns--even by trained police officers and by people with a legitimate need for self defense. "Toddlers" had nothing to do with it. The law in D.C. also required that guns had to be stored with trigger locks or completely disassembled. The Supreme Court ruled that both of these provisions were in violation of the Second Amendment.

Even the Associated Press called out Hillary for how badly she messed that one up:

For what it's worth, crime in D.C. was not reduced even with the passage of the Firearms Control Regulations Act of 1975. About a decade after the city enacted gun laws, the total number of murders climbed from 188 to 369, making D.C. one of the most dangerous cities in the country.