Panic: Trump Only Up By Two Points in...Texas 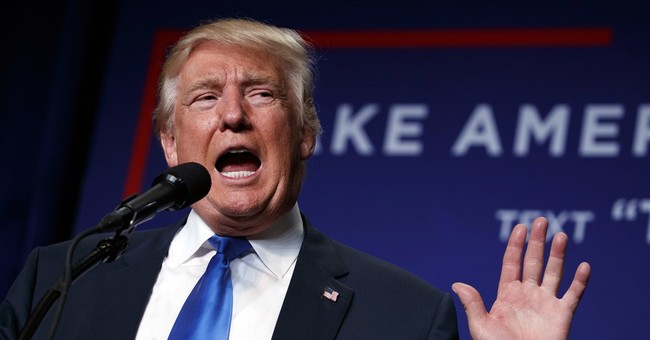 Uh oh: the latest Washington Post poll could spell disaster for Donald Trump: he's up a whole two points in Texas, which is down from the last poll of the Lone Star State.

The poll had Trump with 44 points to Clinton's 42. Guy wrote yesterday that the Clinton campaign will be doing a week of ads in the state to attempt to tip Texas in her favor.

Texas is another state that, by historic results, should end up in Trump’s column. The SurveyMonkey results show the state splitting 44 percent to 42 percent between Trump and Clinton. The average of other public polls shows Trump with a larger, although single-digit, lead there. But with virtually the entire Bush family on the sidelines and with an endorsement of Clinton by the Dallas Morning News, Texas has proved to be a more competitive battleground than anyone expected.

At this point in 2012, Romney had a much more comfortable 17-point lead in Texas. Texas has not gone to a Democrat in a presidential election since 1976.

Texas has 38 Electoral College votes--it goes without saying that the state is a must-win if Trump would like to become president.