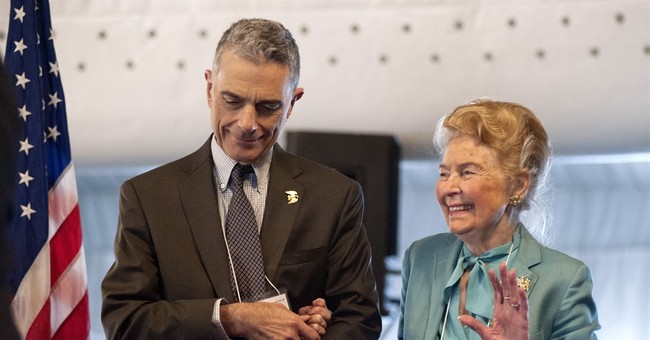 Conservative icon Phyllis Schlafly passed away at her home in St. Louis on Monday, surrounded by her family. She was 92.

Schlafly, the founder of Eagle Forum, rose to prominence in the 1960s when she wrote the book A Choice, Not an Echo, which sold more than three million copies. She was a leading voice of opposition against the Equal Rights Amendment, fighting to preserve traditional gender roles.

She wrote a total of 27 books, the most recent being an expanded edition of A Choice, Not an Echo. In March, Schlafly endorsed Donald Trump for president.

Schafly was predeceased by her husband, Fred, and is survived by her six children, 16 grandchildren, and three great-grandchildren.