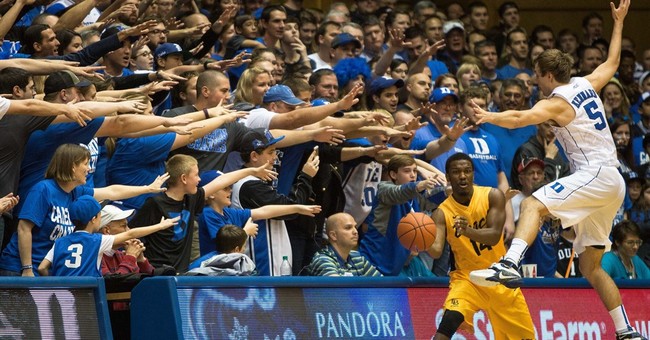 Duke was supposed to face off against Albany on November 12 as part of the Hall of Fame Tip-Off tournament, but because of New York's ban on travel to North Carolina, that game won't be happening. The game was scheduled to be played at Cameron Indoor Stadium in Durham, NC.

New York Gov. Andrew Cuomo announced the ban this past March after North Carolina passed the HB2, the "bathroom bill" that required people to use the restroom that corresponds to the sex on their birth certificate. This ban extends to the SUNY system, and basketball games are considered to be "non-essential."

Holly Liapis, a spokesperson for the State University of New York (SUNY) system, to which Albany belongs, confirmed the school would not be traveling to Durham because of HB2.

“The State University of New York supports Governor Cuomo’s executive order banning all non-essential travel to the state of North Carolina, and we instructed our campuses to immediately review any existing travel plans by faculty and staff,” Liapis said in an emailed statement. “SUNY and its campuses continue to support the Governor on taking this stand.”

As a reminder, Cuomo has promoted travel to Cuba, where transgender people are routinely jailed.