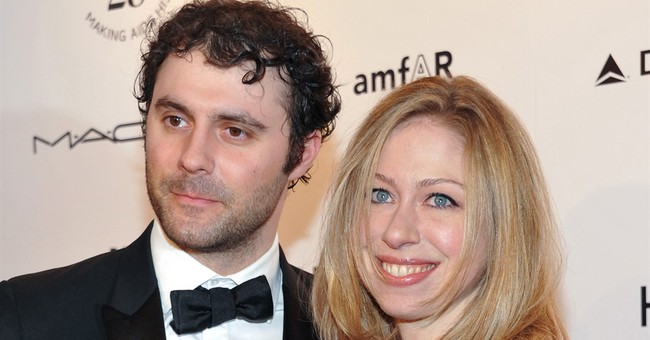 Presumptive Democratic nominee Hillary Clinton is now a grandmother of two. Her daughter Chelsea gave birth to her second child, a son, Aidan, on Saturday morning. Chelsea announced her pregnancy in late December of last year.

Chelsea and her husband Marc Mezvinsky shared a photo of their new arrival on Sunday afternoon. They are also the parents of Charlotte, who was born in September of 2014.

At 7:41 AM Saturday, our family and hearts expanded with Aidan’s arrival. We are blessed. pic.twitter.com/QKUMV3ls4N

Proud grandma Hillary shared a photo of herself and Bill a few minutes later, and former President Clinton pointed out that Aidan arrived just in time for Father's Day.

What a joy being with our new grandson, Aidan. So grateful. -H pic.twitter.com/0687tOERez

Aidan has made two dads very happy this Father's Day. Hillary and I are thrilled for Marc and Chelsea! pic.twitter.com/vPuwDA3Lvr

Congratulations to the Clinton and Mezvinsky families!