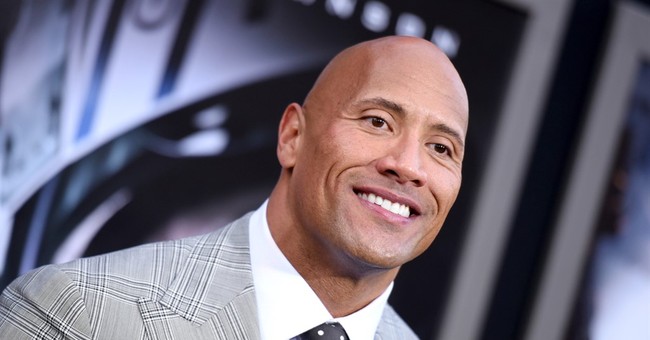 Professional-wrestler-turned-actor Dwayne "The Rock" Johnson told British GQ that he's considering a career in politics, possibly as a governor or president--after he accomplishes other things he'd like to do first, of course.

Dwayne 'The Rock' Johnson on a political future

"I'll be honest, I haven't ruled politics out. I'm not being coy when I say that, but at the moment I am not sure. I can't deny that the thought of being governor, the thought of being president, is alluring. And beyond that, it would be an opportunity to make a real impact on people's lives on a global scale. But there are a lot of other things I want to do first."

If he were to run, he would be following in the footsteps of Jesse "The Body" Ventura--who went from the ring to governor of Minnesota--and Arnold Schwarzenegger, who parlayed a successful acting career into two terms as California's governor. (Plus Ronald Reagan, who made the jump from actor to union head to governor to president--but was largely out of acting when he was elected.)

Johnson has been musing a political future since at least 2012. He is reportedly a registered independent.

Still, it could be a while--if ever--before we smell what the Rock is cooking on a potential campaign trail.