John Kasich: I'm Not Running As A Third-Party Candidate 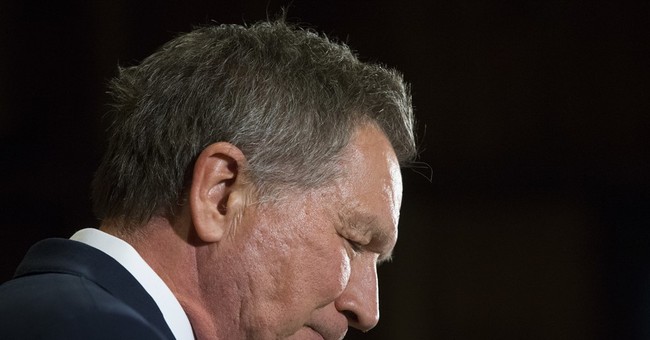 Ohio Gov. John Kasich (R), who dropped out of the Republican primary at the beginning of the month, will not be launching another run at the presidency as a third-party candidate.

In an interview with CNN, his first since exiting the election, Kaisch said that while he's been asked to run as a third-party candidate, he's not looking to do it. Kasich referred to it as "silly" and not appropriate.

"I'm not gonna do that," the Ohio governor told CNN's Anderson Cooper in an exclusive interview, his first since leaving the race. "I gave it my best where I am. I just think running third party doesn't feel right. I think it's not constructive."

Kasich acknowledged that he has had a phone call with "somebody" who wanted him to mount an independent bid. Hopes from some Republican elites in stopping their own presumptive nominee, Donald Trump, have intensified as third-party ballot deadlines loom.

But Kasich isn't having any of it.

"A third party candidacy would be viewed as kind of a silly thing," he said. "And I don't think it's appropriate. I just don't think it would be the right thing to do."

Gen. Mattis, another person who was courted for a potential third-party run, has also ruled out running.