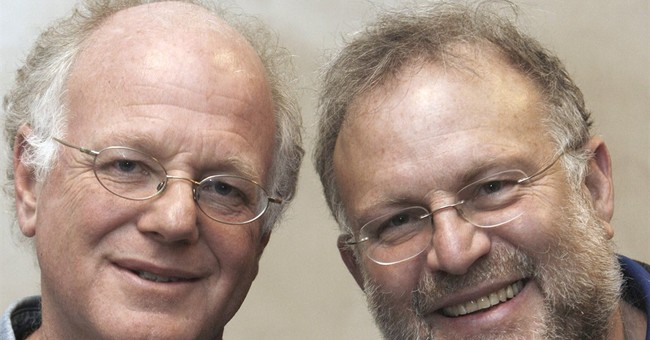 Ben Cohen and Jerry Greenfield, of Ben & Jerry's ice cream, were arrested on Monday at the U.S. Capitol during the Democracy Awakens protest.

A statement released on the Ben & Jerry's website said that they were "willing to risk it all" to stand for a cause they believe in.

It all comes down to a simple idea that we believe in whole-heartedly: if you care about something, you have to be willing to risk it all—your reputation, your values, your business—for the greater good.

Protesting injustice has been on the agenda all weekend. We’ve been in Washington, D.C. with Democracy Awakening, a remarkable event that brought together hundreds of groups and thousands of people in an effort to fix our broken democracy. There are two trends that everyone from Greenpeace to the NAACP has realized are making it impossible for much good work to get done. The first is the flood of unregulated cash flowing into campaigns and elections. And the second is the wave of attacks in many states on citizens’ right to vote.

The official Ben & Jerry's Twitter account has been sharing pictures from the Democracy Awakens protest, and said that they seek to take money out of politics and return power to the people of the United States.

Both Cohen and Greenfield are big supporters of Sen. Bernie Sanders (I-VT), and even created an ice cream for the candidate.