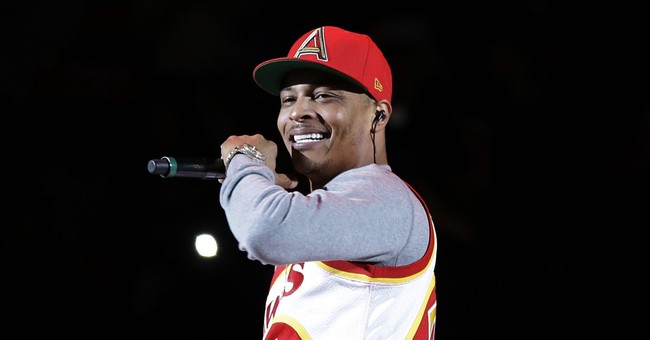 Rapper T.I. does not want fans of Republican frontrunner Donald Trump to buy his albums, he told a reporter from TMZ. In a video filmed as T.I. arrived at LAX, the musician expressed displeasure with Trump's policies and said that he does not want to accept money from his supporters.

I guess we've come a long way from the days of "Republicans buy shoes, too."