Sen. Rand Paul Still Not Going to Endorse Anyone 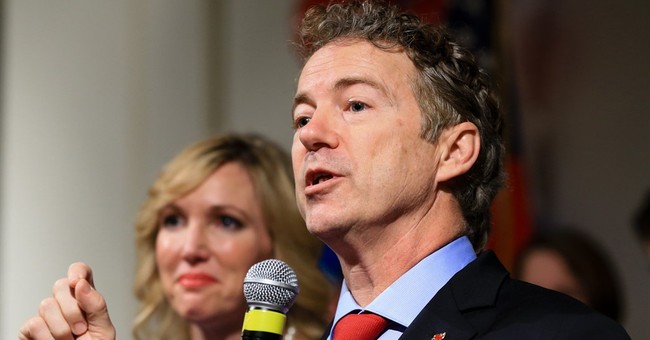 Appearing on Kennedy tonight for the first time since suspending his campaign for president, former GOP presidential candidate Sen. Rand Paul refused to endorse any of the remaining candidates for presidency. Paul said that he planned on "stay(ing) out of the race" for the time being and would endorse the eventual party nominee.

When pressed on the issue, Paul declined to endorse anyone outside of the Republican party either, saying that he had "said his piece."

Paul is one of few former 2016 candidates who has not yet endorsed a candidate. Earlier on Tuesday, Carly Fiorina endorsed Texas Sen. Ted Cruz.