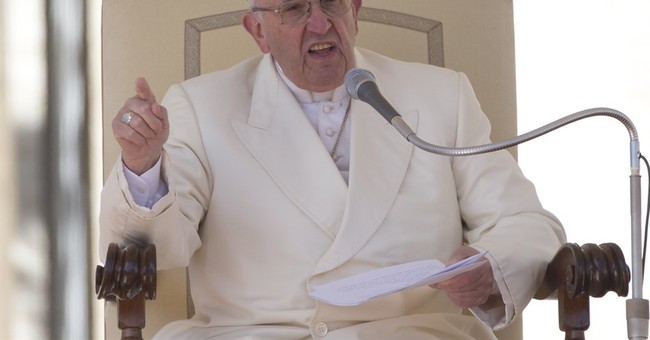 Pope Francis referred to an "Arab invasion" as a "social fact" in a speech given to a French Catholic group earlier this week. The pontiff then clarified that Europe has been enhanced by immigration in years past.

“Today we can talk about an Arab invasion,” the Roman Catholic leader said in the comments dated Thursday. “It is a social fact.”

L’Osservatore Romano reported the pope hastened to add Europe has always been able to “go forward and find itself enhanced by the exchange among cultures,” after saying that Europe is the “only continent that can bring about a certain unity to the world.”

The number of Syrians seeking asylum doubled to 362,800 last year and the number of Iraqis jumped to 121,500, the European Commission said Friday.