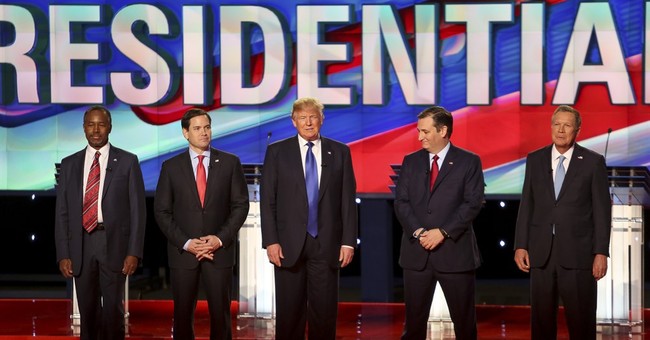 Thursday night's GOP primary debate did quite well, getting the highest ratings for a debate since mid-December.

In Nielsen’s metered-market overnights, the GOP debate averaged a combined 9.9 household rating on CNN (9.0) and Spanish-language broadcast network Telemundo (0.9). This tops the 9.3 generated by the two most recent Republican debates, held on Saturdays on ABC and CBS earlier this month, and is the highest since CNN’s last debate on Dec. 15 did an 11.6.

On the Democratic side, the most recent debate on Feb. 11 averaged a combined 6.3 overnight rating on CNN and PBS.

Total-viewer estimates will be issued later today by Nielsen, but last night’s debate figures to draw between 14 million and 15 million, making it the largest debate audience since CNN averaged 18.2 million on Dec. 15. Last summer’s first two GOP debates, driven by curiosity about Donald Trump, remain the most-watched to date, drawing 24 million on Fox News Channel and a little over 23 million on CNN.

Throughout this election cycle, Republicans have been setting records in both viewership and voter turnout, whereas the Democrats have seen nothing but declining numbers. There's certainly an enthusiasm gap between the parties.