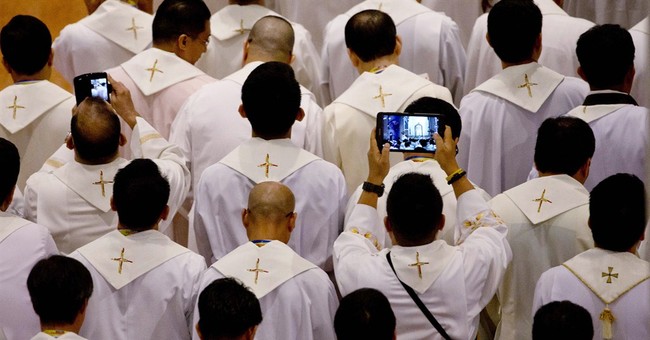 A new campaign is asking Facebook to reconsider its prohibition of religious titles in official names on the site. Currently, members of religious life who include titles such as "Father" or "Monsignor" in their Facebook names are at risk of being locked out their accounts as they technically violate Facebook policy.

On Facebook, it’s the company that decides, a policy which has set off renewed public debate in recent weeks after a prominent D.C. Catholic priest – who also is a national columnist – was locked out by Facebook because his clerical title was listed as part of his name on his personal page.

Monsignor Charles Pope wrote about his experience, spurring multiple other priests to say they have had the same experience in the past year. Pope, a blogger for the Washington archdiocese and a columnist with the National Catholic Register; the Rev. Michael Paris, chaplain at the University of Maryland; and the Rev. Raymond Harris, a Baltimore priest with an active online ministry, have all in recent weeks had their accounts locked until they removed their clerical titles from their names. On their Facebook pages, friends say they are hearing of more and more priests having similar issues.

Some priests are finding creative ways around Facebook's ban. Fr. Raymond Harris, for instance, changed his profile picture to an image of the letters "Fr."--which makes his name appear to be "Fr. Raymond Harris" due to the layout of the site. Other priests are changing their names on Facebook to be "Father-(first name) (last name)" to try to comply with the policy.

This isn't Facebook's first flap with backlash against people upset with the naming policy. In October 2014, Facebook's Chief Product Officer Chris Cox issued an apology to drag queens who had been locked out of their accounts for using their stage names as their Facebook names.

And for the vast majority of clergy, the "authentic name they use in real life" includes their religious title as well.