Donate to the Bernie Sanders Save the Children Fund* 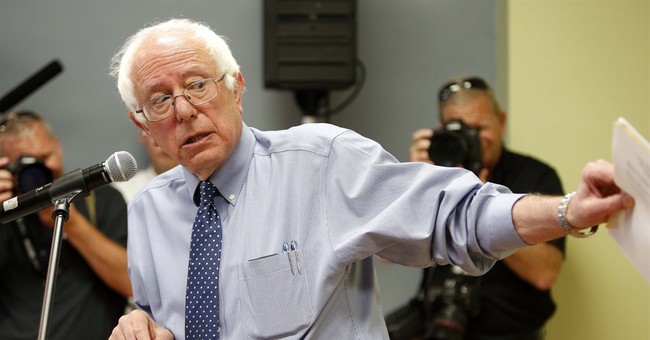 *I mean, don't, as this fund doesn't exist. But this hilarious video, from our friends over at ReasonTV, most certainly does:

Background: In an interview with CNBC, Sanders displayed his *mastery* of economic theory when he said the following, completely mind-boggling quote:

You don't necessarily need a choice of 23 underarm spray deodorants or of 18 different pairs of sneakers when children are hungry in this country. I don't think the media appreciates the kind of stress that ordinary Americans are working on.

Uh, perhaps the reason we have 23 varieties of underarm spray deodorants is that people are, well, different, and have different needs and preferences. Same with shoes. Not all shoes work for all kinds of feet, and the wrong shoe can lead to serious knee problems. Furthermore, eliminating choice in the marketplace does not necessarily mean that children will suddenly be fed. Take a gander at Venezuela.

Some on Twitter were quick to point out the hypocrisy of Sanders being introduced at his campaign kickoff by ice cream moguls Ben & Jerry, who produce well over 100 varieties of their product.

Bernie Sanders is upset that people can choose between 23 deodorants, but Ben & Jerry, who introduced Sanders, make 110 ice cream flavors.

Sanders has also called for a return to the 90 percent tax rate on the rich from the Eisenhower era.