A Whopping 167 People Signed Up For Healthcare Exchanges in Connecticut 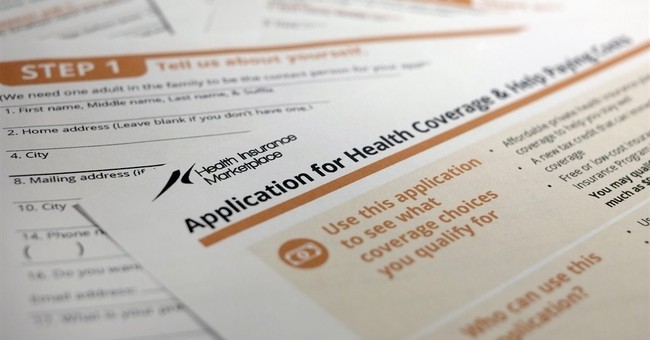 The State of Connecticut has a population of roughly 3.5 million. Of that 3.5 million, about 344,000 people lack insurance. Given these facts, one would think that Access Health CT, the health insurance marketplace for the state under the Affordable Care Act, would be flooded with applications the first day.

After all, according to the New Haven Register, “experts expect about two-thirds of the state’s uninsured will gain coverage under health care reform.” Two-thirds of 344,000 is roughly 229,000 people.

So were people signing up in droves? Not exactly. According to Connecticut Congressman Jim Hines, less than 200 applications were filed for health insurance on the first day of the exchanges. That is approximately 0.07 percent of the total number of people expected to gain coverage under the new law.

Wow! 167 applications?! That’s a smaller number than the senior class at North Haven High School. Of those 167 applications, only 83 were from people looking to find private insurance with a federal subsidy. The other 84 applications were for Medicaid.

Even with technical difficulties as the site launched, @AccessHealthCT, the official Twitter account of Access Health CT, did not confirm a single healthcare enrollment until nearly 11 hours after the programs began.

We just confirmed our first enrollment! A #CT family of 3 just got access to affordable health care coverage thanks to #Obamacare

By 2:11 p.m. on October 1, only 44 people had enrolled in an exchange program through Access Health CT.

Despite the fact that less than one percent of eligible people were enrolled in some sort of health insurance by the end of the first day of the program, Gov. Malloy is pleased with his state.

"You get a lot of proud moments when you are governor, and this is one of the proudest.”