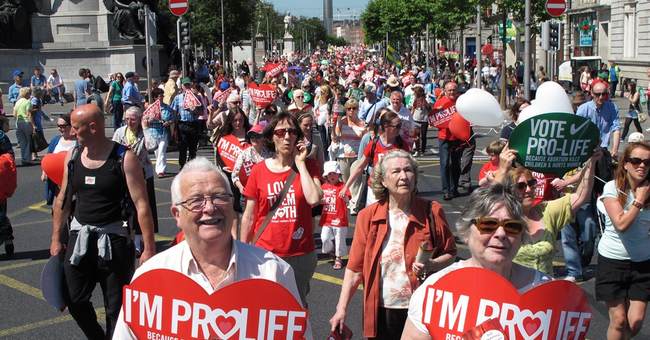 While only four U.S. states have legalized physician-assisted suicide, Quebec, the second-most populated province in Canada, is currently debating a radical bill that would mandate every institution in the province offer and provide “end-of-life care.”

Essentially, Quebec is currently debating whether or not it should be legal to place those about to die in comas, where they will then be given “medical aid in dying.” This is the Terri Schiavo case on a large scale.

Every institution must offer end-of-life care and ensure that it is provided to the persons requiring it in continuity and complementarity with any other care that is or has been provided to them. For this purpose, an institution must, among other things, establish measures to promote multidisciplinary cooperation among the different health or social services professionals practising within the institution.

An “institution” in this bill is any hospital, long-term care facility, or hospice, but the bill also allows for “medical aid in dying” to be administered at a patient’s home. Since Canada has a publicly-funded healthcare system, this means that all taxpayers will be required to fund this "medical aid in dying,” regardless of their feelings on it.

The list of those eligible for “end-of-life care” is also far wider than requirements in the United States. In three out of the four states that allow physician-assisted suicide, a patient must have a life expectancy of less than six months. In Bill 52, a patient may be in a state of “unbearable physical or psychological pain.”

26. Only a patient who meets the following criteria may obtain medical aid in dying: (1) be of full age, be capable of giving consent to care and be an insured person within the meaning of the Health Insurance Act (chapter A-29); (2) suffer from an incurable serious illness; (3) suffer from an advanced state of irreversible decline in capability; and (4) suffer from constant and unbearable physical or psychological pain which cannot be relieved in a manner the person deems tolerable.

Bill 52 also mandates that doctors perform any "medical aid in dying" once a patient requests it—the patient is not allowed to actually do the act himself. If a doctor does not want to actively cause the death of a patient, they are mandated by the law to find one that will.

Canada already experiences long wait times for doctors, and people are raising concerns about the bill being used to abuse the elderly population into requesting euthanasia when it may not be necessary.

This bill goes far further than any comparable law in the United States, and is a blatant disrespect of the value of human life.