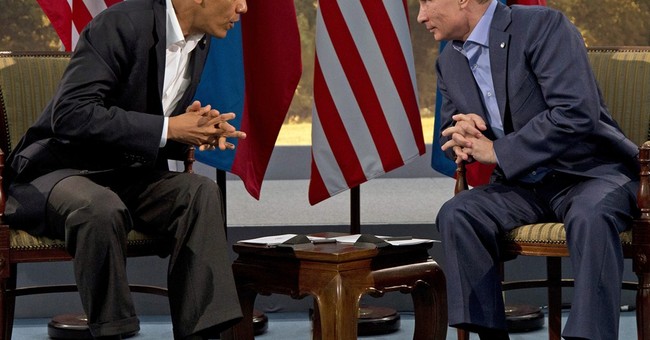 The Obama administration did not act on evidence that Russia was aiding Iran’s nuclear development, instead approving nuclear energy deals favorable to Moscow, according to a new report from The Hill.

Former FBI informant Douglas Campbell, who worked undercover for the agency from 2008 to 2014, told reporters in a videotaped interview how he acquired his information.

While officially working as a consultant for Rosatom, Campbell says that he was privy to the secret plans of Russian nuclear energy policymakers, which included efforts to help Iran’s nuclear program by lending them intelligence, technical advice, and even equipment and materials to run one of Iran’s domestic nuclear facilities.

According to Campbell, Rosatom executives were worried that this nuclear assistance, if exposed, could derail nuclear contracts with American businesses:

“The people I was working with had been briefed by Moscow to keep a very low profile regarding Moscow’s work with Tehran,” Campbell said in an interview. “Moscow was supplying equipment, nuclear equipment, nuclear services to Iran. And Moscow, specifically the leadership in Moscow, were concerned that it would offset the strategy they had here in the United States if the United States understood the close relationship between Moscow and Tehran.”

In spite of Campbell providing evidence of Russia-Iran nuclear cooperation to FBI officials, the Obama administration cleared several deals with the Russian government or its state-owned companies related to nuclear energy, including the now-infamous Uranium One deal, which was potentially facilitated by Russian infusions of cash into the Clinton Foundation.

Campbell told The Hill that the forward progress on these types of deals greatly concerned him:

Of course, in 2015, the Obama administration went on to approve the Iran nuclear deal, another potential case of them ignoring the significance of Campbell's intel. At the time, the agreement was touted as a major step forward in preventing Iran from getting nuclear weapons, but we now know that one of the only real “accomplishments” of the deal was giving the Iranians $1.7 billion in cash, some of which eventually ended up in the hands of terrorist groups like Hezbollah.

Check out the original report here, which includes part of the video interview with Campbell.