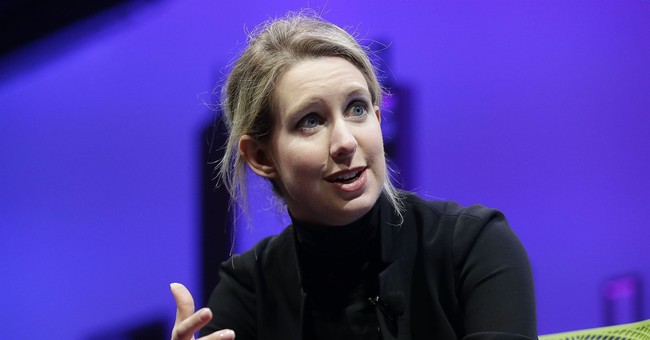 On Wednesday, the SEC settled a lawsuit against Theranos CEO Elizabeth Holmes forcing her to cede control of her company and pay a $500,000 fine in response to charges that she used her position to perpetrate a “massive fraud” scheme. The SEC believes that Holmes ultimately bilked her investors out of more than $700 million in return for faulty medical technology and empty promises to revolutionize the healthcare industry.

According to the original SEC lawsuit, Holmes systematically deceived investors in a variety of ways. Often, she would make fantastical claims that her engineers had developed revolutionary new technologies and machines, including a “miniLab” blood analyzer that would use one tiny finger prick sample to “perform approximately 90 percent of the tests that a large, traditional central lab could perform.”

This understandably generated not just investments, but a good amount of positive media attention. The Wall Street Journal, Wired, and The New York Times all published glowing articles about Holmes. She was even featured in several laudatory front-page covers; while Forbes showed her “leading” the “Class of 2014” and Fortune portrayed her as “aiming to revolutionize health care,” Inc. triumphantly proclaimed her “the next Steve Jobs” and one of “8 women who could own the future.”

Holmes used this impressive publicity run to further lend credibility to her company and get more investors on board. Her company presented potential investors with binders full of materials that included the positive press pieces as proof of her firm’s solid foundation. These binders also showed false financials claiming that Holmes’s company was making hundreds of millions of dollars and was on track to eventually reach $1 billion in net revenues. However, the real numbers for Theranos’s net revenue at that time were only in the hundreds of thousands.

Many prominent people were apparently suckered by Holmes and her company, including high profile political figures like current Secretary of Defense James Mattis and famed diplomat Henry Kissinger, who even published a short piece for Holmes’s placement in Time’s 2015 list of the 100 most influential people in the world.

In May 2015, Holmes reached the apex of her public legitimacy when the Obama administration promoted Holmes as one of its “Presidential Ambassadors for Global Entrepreneurship” (PAGE). The official Obama White House YouTube channel even produced a short video with her:

“Our belief is that every person, no matter where they live or how much money they have, has the basic human right to access to their own health information. And so our mission, our dream, is to make it possible not just in this country but globally for people everywhere to begin to have access to this information so that they can use it to live their best lives and to catch the onset of disease in time to do something about it.

"I think the opportunity to try to connect with especially women and young girls and developing economies around what, only because of this country, I’ve been able to do -- which is, as a young girl, start a business, drop out of school, and try to make a difference in the world is both something that I feel a great obligation to do and something that I want very much to do because I’ve been able to benefit from it.”

Holmes also promoted a feminist vision of empowering women in tech in an official statement expressing her pleasure at being included as an Obama PAGE [emphasis mine]:

Today I was honored and privileged to join President Barack Obama and Secretary of Commerce, Penny Pritzker, for an event announcing the next class of their Presidential Ambassadors for Global Entrepreneurship (PAGE) Initiative. As a new PAGE member, I will work to help develop the next generation of entrepreneurs and entrepreneurial impact around the world, with a special focus on women and healthcare.

My PAGE initiative focuses on two central tenets core to my own life’s mission: empowering women in science, technology, mathematics and business, particularly healthcare, and working on breakthroughs in global health. I will spend time in Africa, Central Asia, and the Middle East mentoring and supporting young women, and will partner with the U.S. Department of State’s TechWomen program to work with the next generation of global female leaders in Silicon Valley and their home countries. I will also work with USAID’s Center for Accelerating Innovation and Impact (CII) and USAID’s Bureau for Global Health on realizing breakthroughs in global health, especially related to the containment of infectious diseases.

I have always believed that the purpose of life is to make a difference in our world and to make this world better for those around us, those in need. Leadership, to me, is about committing everything to a cause that serves people and then guiding a team of people to realize that vision all the way through.

Later that same year, Holmes was held up as a paragon of business and virtue by the Clintons, who hosted Holmes and Chinese businessman Jack Ma for a long discussion about “The Future of Equality and Opportunity” at their annual CGI meeting in September. (Holmes also helped to host a fundraiser for Hillary Clinton in March 2016, several months after the first allegations of her and her company's dishonest behavior surfaced.)

Holmes’s downfall began when The Wall Street Journal published an October 16th exposé detailing potential problems with Theranos’s claims about its blood-testing machines. Although Holmes and her company initially trashed the piece as being “factually and scientifically erroneous and grounded in baseless assertions by inexperienced and disgruntled former employees and industry incumbents,” Theranos ultimately had to retract or correct tens of thousands of medical test results that came from the firm’s machines, and the SEC began its long investigation of Holmes's conduct as Theranos's CEO.

In spite of her settlement with the SEC, Holmes could still be prosecuted by the Justice Department if they decide to press charges against her.

According to Bloomberg, Theranos's former president Ramesh “Sunny” Balwani is still facing an SEC lawsuit in the California courts for his role in the scandal. There has been no settlement yet in his case.