Horror in Kenya: Coming to America? 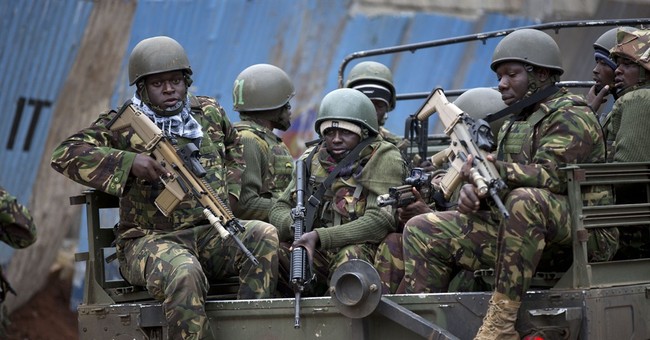 Yesterday, Islamofascist gunmen -- one of whom is a woman -- stormed an upscale Nairobi shopping mall, telling Muslims to leave and then shooting others.

Attacks on soft civilian targets like this are reminiscent of the horrors of Islamist attacks in Beslan (a school) and Mumbai (hotels).

If Americans are serious about preventing such nightmares from happening here, it's time to stop crying racism at those calling for better border security -- and start paying attention at who's coming, who's here . . . and why.