Misleading America -- and the World -- On Purpose

Now that we know that the Obama administration knew within two hours of the assault that an Al Qaeda affiliated group was claiming responsibility for the Benghazi attacks that murdered Ambassador Stevens, Glenn Doherty, Tyrone Woods and Sean Smith (and there's a distinct possibility, Ambassador Stevens was not just murdered), let's take a look back.

Here is a devastating video from The Heritage Foundation, showing the Obama administration's concerted efforts to portray the Benghazi terrorist attack on America as a "spontaneous uprising" resulting from outrage over a YouTube video:

Here are a sample of the news stories that were run in the wake of the 9/11/12 attack:

None of these stories were ever corrected by the administration despite it having reason to believe that, in fact, all these accounts were inaccurate.  Indeed, the administration sought to advance the narrative that a video was responsible by its focus, words and actions.

The President himself propagated the falsehoods with his speech to the United Nations on September 25. Please note with care his assertion that "There is no video that justifies an attack on an embassy."

Here are some excerpts (emphasis added):

[T]hose who love freedom for themselves must ask themselves how much they're willing to tolerate freedom for others. And that is what we saw play out in the last two weeks, where a crude and disgusting video sparked outrage throughout the Muslim world. Now, I have made it clear that the United States government had nothing to do with this video, and I believe its message must be rejected by all who respect our common humanity. It is an insult not only to Muslims, but to America as well.

We understand why people take offense to this video because millions of our citizens are among them. I know there are some who ask why don't we just ban such a video. The answer is enshrined in our laws. Our Constitution protects the right to practice free speech.

And on this we must agree: There is no speech that justifies mindless violence.

(APPLAUSE) There are no words that excuse the killing of innocents. THERE IS NO VIDEO THAT JUSTIFIES AN ATTACK ON AN EMBASSY.

And don't forget these immortal words (talk about living in infamy!)

The future must not belong to those who slander the prophet of Islam.

Finally, there is the filmmaker, who was conveniently taken into custody in the middle of the night for a parole violation as the image was doubtless beamed around the world: 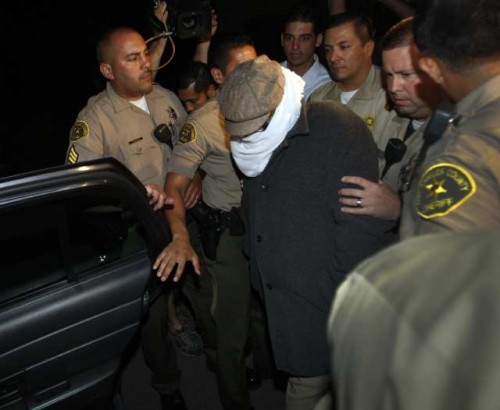 The Obama administration was actively seeking to deceive the American people -- and the world -- about the reasons for the terrorist attack in Benghazi. It knowingly propagated untruths in an effort to convince everyone that the reasons for the attacks were related to an obscure YouTube video, despite having credible information to the contrary within two hours of the attack.

It is reprehensible.  It is disgusting.  It rises to the level of duplicity and disgrace that transcends partisan divisions and elections.  It is objectively one of the worst scandals ever to emanate from a White House. It is, indeed, "not optimal."

No wonder Sean Smith's mother is heartbroken and disgusted. All of us should be: