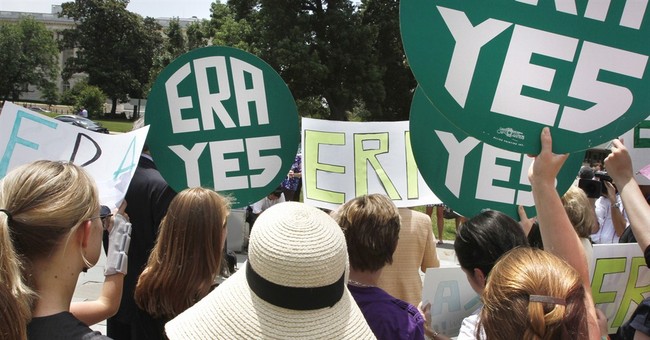 A federal judge ruled on Friday that the deadline for ratifying the Equal Rights Amendment has long since passed.

The ruling from U.S. District Judge Rudolph Contreras in Washington, D.C., was a defeat for Illinois, Nevada and Virginia, which had lobbied the court to declare that the amendment should be added after Virginia became the 38th state to ratify it in 2020.

The three states sued in January 2020 to argue that Congress had no right to establish a 1982 ratification deadline for the ERA, but Contreras upheld the deadline.

“[A] ratification deadline in a proposing resolution’s introduction is just as effective as one in the text of a proposed amendment. Plaintiffs’ ratifications came after both the original and extended deadlines that Congress attached to the ERA, so the Archivist is not bound to record them as valid,” Contreras ruled.

The states have the option to appeal the ruling, and the issue could end up at the Supreme Court.

The ERA was written by two feminists, both radical and socialist, who first introduced the amendment back in 1923. It would already be part of the Constitution today if Phyllis Schlafly hadn't come along and pointed out all the terrible things that would happen to women under the proposed amendment.

The ERA would end all legal distinctions between the sexes. Once legal distinctions between the sexes were removed, Schlafly argued, women could be drafted into the military. Separate bathrooms for the sexes would be made illegal (leftists found a workaround with transgenders), men would compete in women's sports (again, the transgenders), and women's shelters would be forced to close down.

Schlafly organized a conservative grassroots movement and stopped the ERA dead in its tracks. And they say one person can't make a difference.