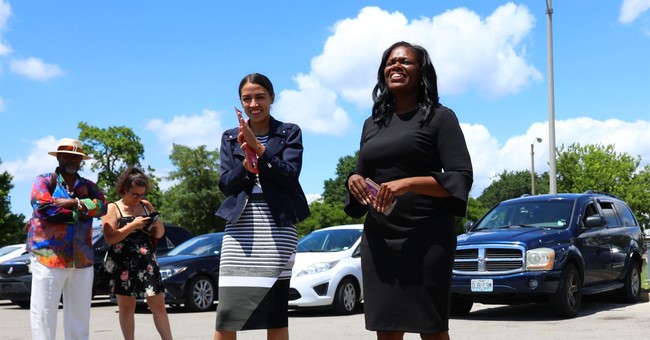 After voting to impeach former President Trump for "inciting" a riot that was planned in advance at the U.S. Capitol, squad member Cori Bush (D-MO) is defending an inmate riot that took place at a jail in St. Louis, Missouri, on Saturday.

Inmates at the St. Louis City Justice Center began rioting in the early morning hours. They attacked a correctional officer and gained access to a control panel. Once released, around 100 inmates broke windows on the fourth floor and threw furniture from the building. They also set fires and caused flooding. One guard was injured and taken to the hospital. He has since been released.

The riot is being portrayed as a protest over the coronavirus, but, as of Friday, not a single one of the 600 inmates at the jail has tested positive for COVID-19, according to the Insider.

"'A riot is the language of the unheard.' - Dr. MLK Jr.," Bush tweeted in response to the riot.

The congresswoman referred to the inmates as "my constituents," which tells you everything you need to know about her priorities.

Contrast the congresswoman's pro-riot tweet to the one she published in the wake of the Capitol riot in January.

I’m in the Capitol. I’m safe, and my team and I are sheltering in place.

The President of the United States has incited a riot that has now stormed the Capitol. There are rioters roaming the halls of the Capitol. I saw them with my own eyes.

Did she care if the correctional officers were safe? Of course not. Squad members egg on leftist violence all the time and then have to lie about their fake experiences when one right-wing riot finally takes place. Can we get the National Guard down to St. Louis?