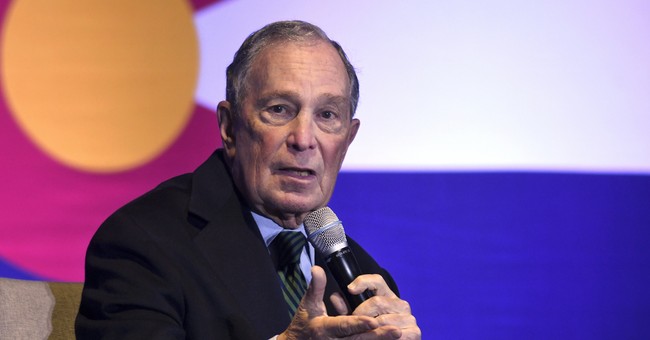 Former presidential candidate Michael Bloomberg is calling on President Joe Biden to reopen schools before it's too late. The former New York City mayor said it's time for the president to stand up to the teachers' unions.

"I think what we're doing to poor kids is a disgrace," Bloomberg told MSNBC's Stephanie Ruhle on Wednesday. "Poor kids are not in school. They will never recover from this, and they had a bad education experience anyway. We have not had good schools for poor kids and this now is just so much worse."

Bloomberg said the president needs to put children before politics by standing up to the teachers' unions.

President Biden had pledged to reopen schools within the first 100 days of his administration, but the president has since tied the reopening of schools to the $2 trillion relief bill making its way through Congress.

Recommended
Pfizer CEO Gets COVID Two Months in a Row...Twitter Users Have Some Thoughts
Leah Barkoukis

In July 2020, the Centers for Disease Control published a study showing schools are not a source of spread for the Wuhan coronavirus and that it is safe for children to resume in-person learning. Another CDC study released in January found both private and public schools around the country have taken necessary safety precautions to protect children and teachers in the classroom. Despite the findings, a number of teachers' unions around the country are demanding additional funding before they agree to go back to the classroom.