How Biden Plans on Rewarding Cindy McCain for Her Endorsement 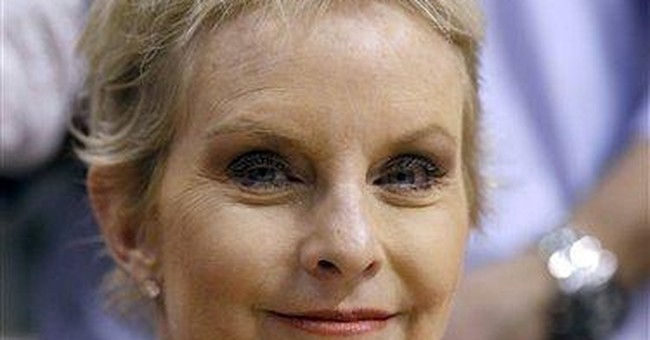 Cindy McCain did her part to help get the far left's trojan horse candidate elected president by endorsing Joe Biden in September. McCain called Biden a "good and honest man" who "stands up for our values as a nation." For her part in handing Arizona over to the Democrats, the Biden team is reportedly offering the lifelong "Republican" an ambassadorship to the United Kingdom.

"It’s hers if she wants it," a Biden insider told The Times of London. "She delivered Arizona. They know that."

The Times reports that Tony Gardner, President Barack Obama's ambassador to the European Union, is also under consideration for the role.

Following McCain's endorsement of the Democratic ticket, President Trump said on Twitter that he hardly knew Cindy McCain, other than placing her on a committee at the request of her husband.

"Cindy can have Sleepy Joe!" the president tweeted.

I hardly know Cindy McCain other than having put her on a Committee at her husband’s request. Joe Biden was John McCain’s lapdog. So many BAD decisions on Endless Wars & the V.A., which I brought from a horror show to HIGH APPROVAL. Never a fan of John. Cindy can have Sleepy Joe!

Joe Biden was the declared winner of Arizona, leading President Trump by around 11,000 votes with nearly all precincts reporting in. The Democrats also picked up the Senate seat once held by McCain's late husband, former Sen. John McCain. For the first time since 1952, Democrats now control both Senate seats in the Grand Canyon State.

An ambassadorship is a good gesture after all Cindy has done for the Democrats.