New Low for CNN: Network Pits Family of Slain Retired Officer David Dorn Against One Another 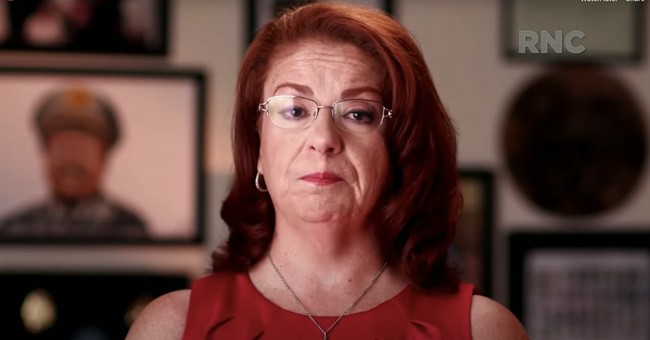 As you know, CNN is garbage. Just when you think the network can't go any lower, CNN decides to bring on the family of David Dorn – the retired African American police officer who was killed at a left-wing riot back in June – to conduct a Jerry Springer style interview where family members fight over whether or not their slain relative would have supported President Trump's re-election. Dorn's wife, Ann, gave a heart-wrenching address at the RNC convention, imploring Americans to end the bloodshed and cast their ballots for President Trump.

CNN didn't even care enough about David Dorn to report his death, which happened at one of those "mostly peaceful" rallies in St. Louis where a "peaceful protester" – AKA a looter with a gun – shot and killed David Dorn in cold blood. CNN only decided that Dorn's death was worth reporting when Dorn's widow Ann decided to speak before the RNC convention.

You see, CNN's job isn't to report the news. The network is an outreach of the Democratic Party, so reporting Dorn's murder when it happened would only have played into the hands of President Trump who has repeatedly denounced the violence at left-wing protests and called for a return to law and order. But CNN knew Ann Dorn's tearful address before the RNC would be so moving and so damaging to their false narrative about the protests being peaceful, that CNN couldn't ignore Dorn's murder any longer.

Just seconds before Ann addressed the RNC, CNN's sheltered and clueless viewers learned of David Dorn's death for the first time. Of course, CNN's Jake Tapper and Abby Phillips didn't give any details about Dorn's murder. The point of the interruption was only to disparage the widow's upcoming remarks about her late husband and caution viewers that David Dorn is no longer alive to speak for himself and that two of his adult children believe their father was not a fan of President Trump. Even if true, getting shot in the head at a Democrat-sanctioned riot may cause somebody to rethink their political affiliation.

Despicable: In CNN's 2nd disruption of night four of the #RNC2020, Jake Tapper and Abby Phillip attack Capt. David Dorn's widow. Phillip says having the families of victims of violence is a problem because the deceased can't say how they feel about it. pic.twitter.com/DBAtpJzLfC

Ann Dorn's speech was so compelling that CNN had to do more damage control. Following her speech, CNN's Chris Cuomo brought on David Dorn's two adult children to further malign the widow's message by exploiting the family while they still grieved over the loss of a loved one.

.@ChrisCuomo is so despicable that he has no problem with pitting different sides of a grieving family against each other. This is another instance of @CNN attacking Ann Dorn, the widow of Capt. David Dorn who was murdered by a leftist mob. pic.twitter.com/Y6ayogbEL0

There are a lot of grieving family members in New York whose parents needlessly died in nursing homes, thanks to Gov. Andrew Cuomo's (D) policies. Chris Cuomo should interview some of those people. But like David Dorn, CNN will ignore Gov. Cuomo's lethal nursing home policy until it becomes politically necessary for the Democratic Party to address it.

CNN is the lowest of the low, and they just keep getting lower.