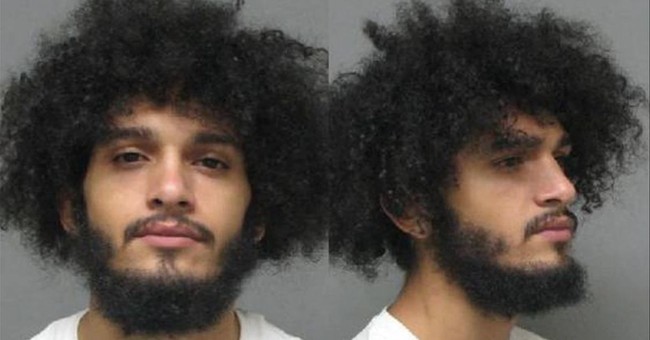 Police in Ohio have arrested a man accused of kneeling on a two-year-old's neck in a photo captioned with the phrase "blm now mf," the New York Post reported. In the shocking image, widely circulated on social media, the man, identified as 20-year-old Isaiah Jackson, appears to be kneeling on the white child's neck while another individual appears to be restraining the youngster's arms behind the child's back. The kneeling man also appears to be making hand signs as the restrained child appears in distress.

According to the Post, Jackson was booked into the Clark County Jail on a probation violation following an investigation launched by the Clark County Sheriff's Office into the disturbing photograph. The sheriff's office said Jackson was taken into custody after investigators learned he had a parole authority holder from the Ohio Department of Rehabilitation and Correction. Deputies also said the child's mother was unaware the photograph had been taken, and a local hospital found no injuries to the child in connection with the incident.

"Detectives continue to investigate, and are continuing to compile evidence related to several other persons who were directly involved," the Sheriff's Office said in a statement.

Deputies said the county prosecutor is currently determining the scope and breadth of possible felony charges that can be supported in court.