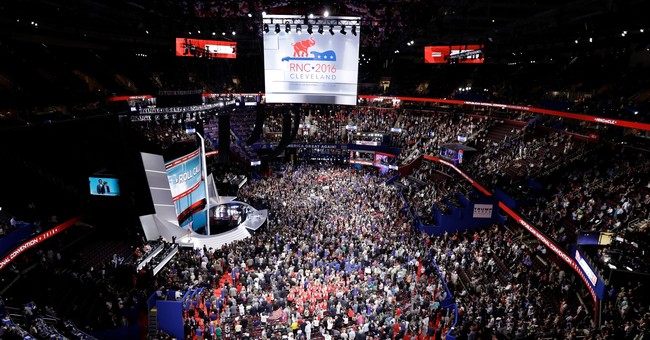 Republican National Committee (RNC) Chairwoman Ronna McDaniel announced that President Trump will accept the GOP presidential nomination in Jacksonville, Florida. While the president will be in Jacksonville, the official convention business will take place in Charlotte, North Carolina. The convention is scheduled to take place from Monday, Aug 24, to Thursday, Aug 27.

We are thrilled to hold @realDonaldTrump's acceptance of the Republican nomination in the great city of Jacksonville!

Not only is Florida his home state, it is crucial to victory.

We look forward to bringing this great celebration and economic boon to the Sunshine State!

Just 75 days out from the August convention, originally scheduled in Charlotte, North Carolina, Democratic Gov. Roy Cooper said he would not allow the RNC to host their full convention in the state. The governor ostensibly cited health concerns over the Wuhan coronavirus, while himself marching alongside protesters n defiance of social distancing guidelines.

"He made a decision politically to not help us," McDaniel said of the governor's decision. "And I know that if I were the DNC, it would have been a different decision. So shame on him, because he put politics over the people of his state and revenues coming into his state. And he’s breaking a contract with us, especially when you see him out with large crowds during these protests this last weekend. Obviously, he’s not that concerned about a convention coming to town if he’s willing to be with large groups of people without a mask himself. So it’s sad. We’re moving forward. We’re going to do the business in Charlotte. We love Charlotte. The business community’s been great. The mayor’s been great. But we can’t have our celebration there, and we’re going to move to a new city."

Florida's Republican Governor Ron DeSantis offered his state as an alternative immediately following the news of Gov. Cooper's decision, CBS News reported. Having contractually committed to holding the convention in Charlotte, the RNC decided to conduct official convention business there while limiting the number of attending delegates from over 2,000 to around 336. The RNC also voted to keep the 2016 party platform unchanged until 2024.