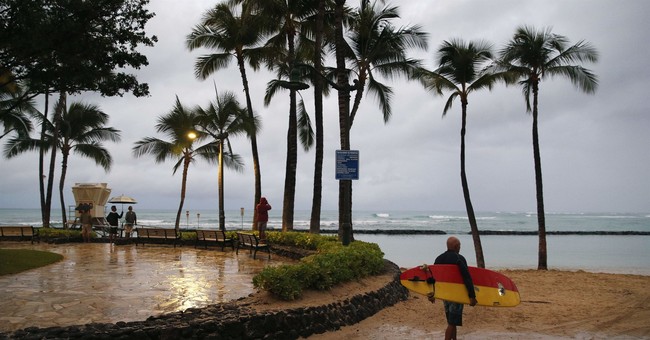 A New York City man who traveled to Hawaii was arrested Friday morning after pictures showing the man enjoying the beach and walking around in public were reported to officials. Tarique Peters, 23, was arrested by special agents from the Department of the Attorney General for violating the state's mandatory 14-day quarantine rule and for unsworn falsification to authority, the governor's office said in a press release.

Peters traveled to the island of O'ahu on Monday and posted several photos of himself on Instagram. In defiance of the 14-day quarantine rule, Peters allegedly used public transportation to visit several places on the day he arrived. The posts reportedly show Peters walking around Waikiki at night, hitting the beach with a surfboard and sunbathing. Citizens who saw the posts on social media reported the man to authorities. The special agents confirmed with hotel staff that Peters left his room and hotel premises on numerous occasions. Peters was arrested along with a local man, and his bail was set at $4,000.

"We appreciate the assistance of local people who spot flagrant violations of our emergency rules on various social media sites and report them to the appropriate authorities," said Hawaii Attorney General Clare Connors.

In April, the Hawaii Transportation Department began requiring visitors to Hawaii to self-quarantine. The department informs travelers they could face a $5,000 fine and/or a year in jail for violating the quarantine.