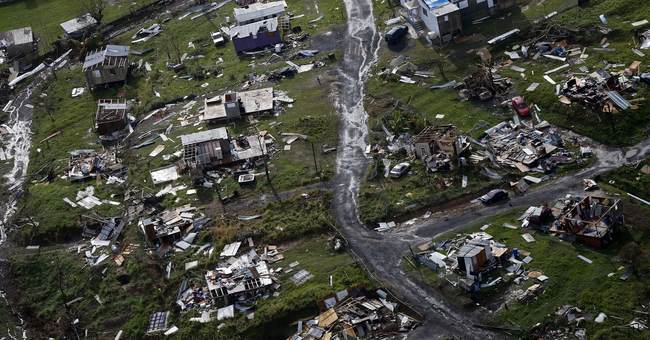 It's now been more than two years since Hurricane Maria devastated Puerto Rico, but residents are now outraged about a new report of much needed emergency aid found sitting in a warehouse. The island's emergency management director was reportedly fired on Saturday by Puerto Rico's New Progressive Party Governor Vázquez Garced, and two other officials have since been fired amid growing outrage over the discovery.

Puerto Ricans are furious after a Facebook live video went viral showing pallets of much needed emergency aid just sitting in a large warehouse. In the video, pallets of unused baby formula, diapers, food and fresh water were found sitting inside.

CBS News Reporter David Begnaud reports that Governor Vázquez Garced has now ordered all of the aid inside the warehouse to be distributed, and the governor denies knowing of the unused emergency aid prior to its recent discovery.

BREAKING: Puerto Rico's Governor has ordered aid, held in warehouses in Ponce & Guaynabo, be distributed: "All of it"
The Gov says she asked for info on where aid was & couldn't get an answers on things like location of warehouses, inventory, or a plan to make aid available.

Then Secretary of Justice Vázquez Garced assumed the governorship following the resignation of Governor Ricardo Rosselló in July 2019. Rosselló, also a member of the New Progressive Party, was the first governor in Puerto Rico's history to resign from that office. Rosselló stepped down in the face of massive demonstrations and multiple allegations of government corruption. Puerto Ricans blamed the governor in part for the island's slow recovery in the aftermath of Hurricane Maria.

Puerto Rico has recently been stuck by a series of violent earthquakes, and President Trump has been criticized for implementing reforms on how Puerto Rico spends the U.S. relief funds it receives. The latest scandal seems to vindicate the president's concerns.