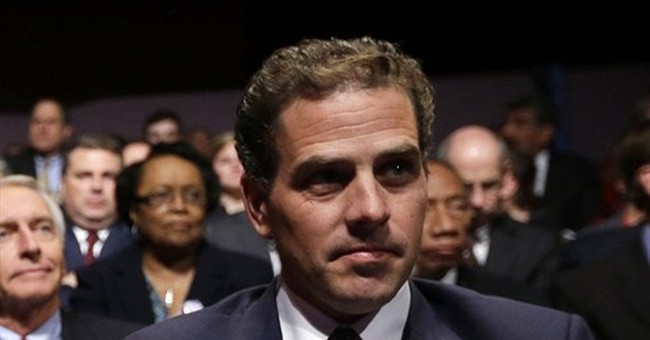 A DNA test has confirmed that Hunter Biden, the infamous son of former Vice President Joe Biden, is the biological father of a child born in August 2018, according to a motion filed on behalf of the child's mother. The mother is suing for child support and assistance providing for the child's healthcare. Hunter Biden has previously denied claims that he is the biological father of the woman's child.

According to The Arkansas Democrat-Gazette, the mother notes the baby's "paternal grandfather, Joe Biden, is seeking the nomination of the Democratic Party for President of the United States of America," and that Joe Biden "is considered by some to be the person most likely to win his party's nomination and challenge President Trump on the ballot in 2020."

The Trump campaign cordially congratulated Joe Biden on Twitter when news of the DNA results was first reported.

In 2012, Hunter Biden was discharged from the military after testing positive for cocaine. In 2016, Arizona police say Hunter Biden left what appeared to be a small cocaine pipe, along with a Delaware attorney general badge and a ziplock bag of a white powdery substance in his Hertz rental car.

As Business Insider reports, Biden left his wife of more than 20 years after she accused Hunter Biden of spending money on drugs and frequenting strip clubs. Hunter then proceeded to date his brother's widow and the mother of his niece and nephew, Hallie Biden. The baby was reportedly born during the time of Hunter and Hallie's relationship.

This is the sort of background and natural gas experience that must have compelled Burisma Holdings to pay Hunter $50,000 a month to sit on the company's board.