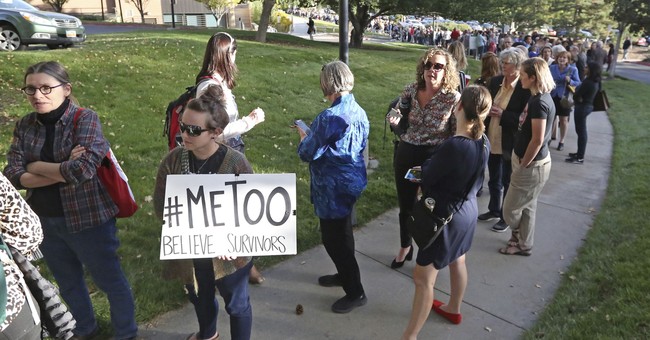 A Pennsylvania couple is suing the parents of five “mean girls”, and a school district, for how their son was treated when he was falsely accused of rape.

The civil lawsuit was filed in U.S. District Court in Pittsburgh last week.

Michael J. and Alecia Flood of Zelienople, Pennsylvania, claim that their son (identified in the lawsuit only as T.F.) “was forced to endure multiple court appearances, detention in a juvenile facility, detention at home, the loss of his liberty and other damages until several of the girls reluctantly admitted that their accusations were false.”

The girls admitted to fabricating the charges this past summer.

The Floods’ son is reportedly currently being homeschooled due to the bullying he endured from classmates over the false accusations, according to the lawsuit.

“[The boy] was basically being tortured in school by other students and investigators, but the administration was only focused on protecting the girls who were lying,” the Floods’ attorney, Craig Fishman, toldPenn Live. “Once the allegations were proven false, they didn’t really care one bit about [the male student] and there has been absolutely no repercussions against the girls.”

The nightmare first began when one of the teen girls accused the boy of sexually assaulting her, while he was working as a lifeguard in 2017. She did it because, as she said in a taped interview obtained by Fishman, “I just don’t like him.” The accuser is identified as K.S. in the lawsuit.

K.S. allegedly then told classmates in October 2017 that “she would do anything to get [the boy] expelled,” and that was why she claimed he sexually assaulted her at the pool. Megan Villegas, who also worked at the pool and is a friend of K.S., claimed she witnessed the assault. Villegas is the only named defendant in the lawsuit, and a graduate of Seneca Valley High School, where the other students attend.

As a result of the girls’ story, T.F. was charged with indecent assault and two counts of harassment. He and his parents agreed to a consent decree, which allowed him to avoid admitting guilt while requiring he stay out of trouble for the six months he was placed on probation.

Then in March 2018, another friend of K.S., identified only as C.S., claimed that the boy entered her home against her will and sexually assaulted her. Two additional friends, identified as E.S. and H.R., verified the story. One month later, the boy was charged with yet another indecent assault, criminal trespass, and simple assault.

It was at that point when T.F. was arrested, expelled from his high school, and labelled as a threat to his community. After being forced to spend nine days in a juvenile detention center, he was placed on house arrest.

But in May, three of the five girls admitted that they’d lied.

And for some reason, Butler County District Attorney Richard Goldinger waited until August 30 to dismiss the second allegation, and September 10 to close the charges of the first.

According to the lawsuit, the school has also failed to punish the students who made the false allegations.

"[The accused student] has had psychological trauma because of all this. He's had to see a psychologist to deal with the physical symptoms which are the direct result of being accused of something when he did not do anything wrong," Fishman added.

The school district however continues to maintain that they did not mistreat the boy, and that the lawsuit “is without merit.”

“We have followed all applicable laws, and we will vigorously defend ourselves throughout the process,” a district spokesman said on Monday. “The number-one priority of the Seneca Valley School District is the safety and well-being of our students, staff, parents, and volunteers who enter our buildings. We have policies and procedures in place to protect individuals, and we communicate to all employees on these policies and work hard every day to provide a safe and caring learning environment for all.”