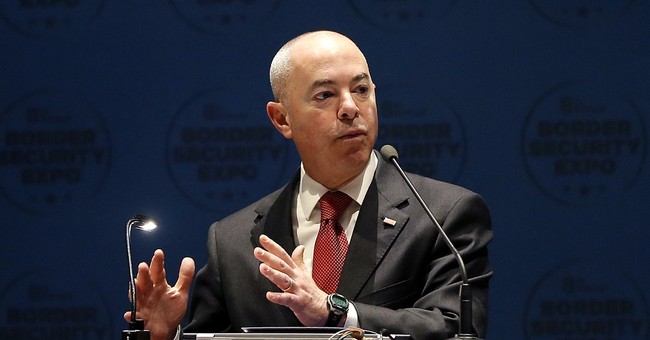 Department of Homeland Security (DHS) Secretary Alejandro Mayorkas on Friday sent a letter to 32 members of the Homeland Security Advisory Council (HSAC), firing them from their positions. Those removed from the board were appointed by both Democratic and Republican administrations.

According to the letter, DHS is moving in a different direction. As such, the HSAC is seeing a shakeup.

"I am considering how the HSAC can bring the greatest value to the Department and how the expertise, judgment, and counsel of its Members can be harnessed most effectively to advance the Department's mission," Mayorkas wrote. "I expect to work closely with the HSAC and to rely on its Members to help guide the Department through a period of change."

While I respect the right for a DHS Secretary to alter the HSAC to address their needs, dismissing the entire
council outright and stopping a lot of important work (that was underway) is not the right approach. https://t.co/kwEt6XHISu via @politico

The firings are seen as the Biden administration's latest effort to rebrand the government agency, especially as the border crisis continues. The White House can argue that removing these 32 people is a way of establishing a board that view illegal immigration the same way as the administration. The problem, however, is they chose to do this during the middle of the border crisis. Instead of focusing on the task at hand, DHS now has to vet and find new members for the HSAC when their attention should be stopping the border surge.

One thing is for certain though: Biden can no longer blame Trump. Getting rid of people from other administrations means he can no longer point the finger at Trump appointees.